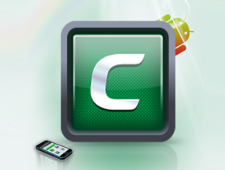 With the surge in mobile phone market and the necessity to facilitate electronic authentication methods, consumers have started rely on the platform. Because of this adoption, Mobile Antivirus becomes an integral program to secure e-authentication procedure and make sure the recipient triggering the action is legitimate.

IT manager and security professionals are starting to realize the importance of identity management and authentication procedure in large corporations. In simple terms, the concept of e-authentication is all about electronically authorizing user identities and allowing the information system to confirm that the person requestion the documents is the intended recipient. When such authentications are carried out using mobile phones, chances of malware, third party intrusion and eavesdropping can be high because the platform is still developing at the moment. Using Mobile Antivirus program is the ideal and most reliable way to clean your smartphones of any infections or data trackers before authenticating important actions through the device.

Periodic risk assessments are being conducted by the organizations to ensure that when e-authentication becomes the norm, it’s much more secure to favor all types of transactions. Reports also revealed that mobile platforms, such as the open source Android operating system is extremely vulnerable to malware. Majority of the malware and trojans are being distributed through free apps or games. For people using the OS, it is important that mobile antivirus, mobile threat management solutions developed by a reputed company is in operation. . The program will detect whenever virus or similar threats try to enter your smartphone ecosystem. Unlike computers, the handheld devices era is still blooming. Even though, it is the beta stage for these platforms, Comodo the pioneers of internet security and PC security solutions has already come up with an Android mobile antivirus solution for users.

The antivirus app is available for download officially in the Google Play Store. Large corporations and companies have already alloted budget so as to implement e-authentication in everyday business transactions. Being ahead of times and facing threats even before they infect your precious data will be a wise move rather than once issues come up.

Akamai technologies in association with Daon is already working to get ID authentication solutions specifically made for mobile devices. Mobile authentication as a Service named MaaaS is already in development and will soon become official as a cloud based service. Using mobile antivirus is the first step towards paving way for a secure feature and easier accessibility.

Reading Time: 2 minutes Update: check the latest version of Comodo’s free mobile security app When Apple announced the Touch ID technology that rolled out with the new iPhone 5, it sounded like science fiction. Your phone can now be secured by your own fingerprint. Can the retinal (eyeball) scanning made famous in films like Mission Impossible be far…