Mobile Antivirus Adoption Is Low, But Not For Long 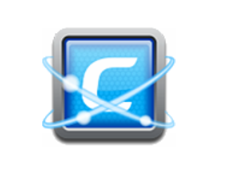 An alarming report by the Gartner Group claims that consumers and users are skeptical about using paid Mobile Antivirus software for mobile devices.

While desktop computers are still superior when it comes to providing productivity with security, shipments of Pcs are less in recent years because of surge in smartphone and tablet market. Almost everything including social networking, browsing the web, banking transactions and more are being done on mobile devices. At this point people still assume that malware threats are minimal on the platform and there is time before it becomes so infected.

Bad assumption. Mobile Antivirus is already mandatory for phones. Hackers are targeting the major iOS and Android platforms because they have nearly a billion users and store personal information while communicating with other networks. This makes them an ideal place to hack. Many people save their private information, personal files and data on cloud servers, but hackers can use a person’s mobile device as a gateway to their cloud.

Malware threats are increasingly prevalent in the Android because it is a widely used open source program. This makes it easier to hack because the underlying source is available and widely understood. In addition, the programs are written in Java code that is not fully compiled and easily modified. All hackers have to do is download the app or game, alter it to store malware codes inside it, break the digital signature and upload it. They usually plant bugs on the smartphone to send anonymous data and it is important that individuals secure themselves from such threats.

In addition to Google Play, Android Antivirus app is available from third party stores that may not have adequate controls to avoid spreading malware. You download from them at your own perils

An interesting fact in the Gartner report is that people in higher age groups, above forty or so prefer paid versions while young users considered free mobile antivirus to be the best option.

Despite some reluctance to pay for mobile antivirus, Gartner’s report indicates that a significant share of mobile users realize the importance of using mobile security. You need an antivirus program from a reputable vendor that offers highly reliable service, secures the devices completely and schedules scans to ensure that the mobiles are away from hacker threats.

Mobile users need to act promptly to adopt mobile antivirus before being a victim of hacker. If the cost is an issue, no worries. Comodo, a pioneer of digital trust assurance and internet security services, offers mobile antivirus free on the Android platform. In addition to top rated antivirus protection, it includes anti-theft tools such as remote lock, wipe and device location, and an alert if someone changes the SIM in the phone

With Comodo Mobile Security, you get the best of both worlds, a solution that is both feature rich and cost effective.

Reading Time: 2 minutes Update: check the latest version of Comodo’s free mobile security app The use of BitCoin, digital currency that is not backed by a government,  is on the rise  because it is much more secure than currency transactions and has been a good investment so far. However, a recent report in BitCoin.org revealed that its Mobile…

Reading Time: 3 minutes Update: check the latest version of Comodo’s free mobile security app Online ad networks are reliable communication mediums that reach a mass audience and support quality and popular web content. However, they are being exploited by malware developers who are spreading malicious content through these networks. Mobile Antivirus is an essential tool that prevents malware…