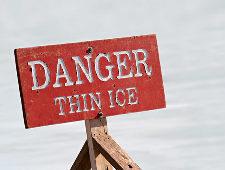 The amount of malware not detected by most PC Security software is increasing. This represents a heightened risk for Internet users. In March 2010, VirusTotal.com, a service that analyses suspicious files, identified more than 70,000 infected files that went undetected by one or more antivirus engine. That’s more than a 30% increase over last year! The sheer number of new, undetected files highlights one of the most serious threat facing Internet users today: non-detection by traditional PC security software.

These undetected threats create a window of vulnerability for Internet users, when they encounter them prior to the adaptation of updated detection technology by their security software vendor. This window can remain open for hours, days, weeks or even longer. And the longer the window stays open, the greater the damage can be.

Even software applications that Internet users have long assumed were safe can now be infected. Web sites themselves, including social networking sites, can now be impregnated with malware. So can applications like video and audio players. This is getting very scary!

Why not check out Melih’s diagnosis of the problem and the remedy he believes to be the best cure for the issue. Go to: “Desktop Security – You Need Three Layers.”