How Enterprise IT Would Gain From Artificial Intelligence 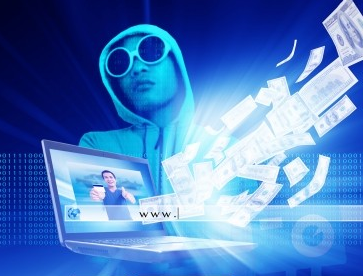 Artificial Intelligence (A.I) is touching lives in the most intimate of manners and seems to be playing a vital role in creating a new and better world for us human beings.

The news that Apple recently brought a Seattle-based A.I startup Turi for $200 million, most likely as part of its efforts to boost the A.I capabilities of its products, itself shows how important Artificial Intelligence is turning out to be. There have been some incidents and developments in the recent past which show that A.I is slowly becoming an integral part of our day-to-day lives too. People who are getting used to driving self-driving cars nowadays declare enthusiastically that it now seems rather strange to drive a car without auto-pilot. A man in Missouri, a lawyer named Joshua Neally, has claimed that it was his Tesla Model X car, with auto-pilot, drove him20 miles to a hospital when he suffered severe chest pain due to a potentially fatal blood vessel blockage in his lung. A retired US Air Force Colonel, named Gene Lee, took on A.I (developed by a University of Cincinnati doctoral graduate) in a high-fidelity air combat simulator and lost it to the A.I, which has been dubbed ALPHA. Watson, the AI system from IBM, recently made news when it saved a 60-year old Japanese woman by delivering an accurate diagnosis of her disease. Watson diagnosed the woman’s rare form of leukemia in just 10 minutes; doctors had failed to make an accurate diagnosis. This helped give her a proper treatment and save her life.

Artificial Intelligence is thus evolving into being an integral part of our lives and would gradually make its presence felt in almost all fields of human activity. Enterprise IT would also gain much from Artificial Intelligence in many ways. If used wisely, AI can help firms in critical matters including cybersecurity as well. Let’s examine the different ways in which A.I could be beneficial for Enterprise IT-

Cybersecurity is an important thing for any organization today. Cyber attacks and data breaches are on the rise and more and more people (companies, individuals etc) are being targeted by cyber-criminals. Artificial Intelligence can help security experts study patterns of systems, devices, and networks and also would help decode changes or deviations that could help detect malware presence and cyber attacks. A.I bots could be used effectively to detect vulnerabilities pertaining to cybersecurity and to combat cybercriminals and cyber attacks. Many companies, including some startups, are now focused on researching and working out this aspect- that of resolving cybersecurity issues using Artificial Intelligence.

Artificial Intelligence could help programmers in software development and related things. A.I can be used to comprehend codes and the details regarding various projects. This could elevate programming to new heights and help create super-programmers.

A.I algorithms could be used to review/analyze log files within an IT infrastructure in a very dynamic manner. This could help in software management in a better way, especially in predicting and preventing software failures or system crashes in a much better manner.

Physical robots can be used in corporate data centers for handling maintenance tasks such as swapping out server racks and for keeping track of things, including temperature, airflow etc. This would be a great change in the world of Enterprise IT. Many prominent organizations are already doing this.

These and other such things, like for example using A.I to make the most of IoT (Internet of Things) technology, could help use Artificial Intelligence to work out wonders for Enterprise IT in the near future.