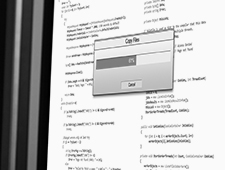 Comodo Threat Research Labs (CTRL) has announced that it has detected a new family of financial malware dubbed as “Gugi/Fanta/Lime”. It is a sophisticated Banking Trojan that can bypass the standard security protocols of an Android operating system (version 6), and take over the operating system. The financial malware seeks system privileges and user credentials, and once it gains them it acquires complete control of the Android device.

CTRL has detected the malware to be active in Russia. This Trojan places an authentic looking counterfeit interface program layer over a genuine application such as the Google Play Store or other mobile banking apps. It tricks users and makes them believe that the interface is genuine and makes them reveal their login credentials and other sensitive information such as credit card and debit card details.

How The Malware Infection Takes Place

Cybercriminals employ social engineering and phishing to initiate the infection. They send out spam messages that contain a hyperlink. If the user is not wary enough and clicks on the hyperlink then the user is taken to a malicious website and is asked to click on another link. Clicking initiates download of Trojan-Banker.AndroidOS.Gugi.c onto the user’s device.

The “Gugi/Fanta/Lime” Trojan now seeks the user’s permission – as from Android version 6 explicit permission of the device user/owner is required for certain permissions for apps as well as for superimposing screens/windows over other apps. If the user grants permission then the Trojan overlays the interface of authentic Google Play Store apps and other mobile banking applications with phishing windows for stealing user credentials.

The malware actually “forces” the user to grant all the needed permissions. While the message on the screen seeks seemingly authentic permission requests, actually the Trojan seeks permissions for app overlay, device administrator rights; send, view and receive SMS and MMS; make calls, read and write contacts, and all other rights it desires. The Fanta Trojan also requests permission for BuildConfig, HindeKeybroad, and ContextThemeWrapper. The malware acquires phone details such as the IMEI (International Mobile Equipment Identity), IMSI (International Mobile Subscriber identity), SubscriberId, SimOperatorName and SimCountryIso.

If the user denies permission at any time then the “Gugi/Fanta/Lime” Trojan will completely block the infected device. To regain access to the device, the user has no other option other than to reboot in safe mode and then try to remove/uninstall the Trojan using security solutions.

The Trojan sends an SMS to a Command and Control (CnC) server to establish contact. It uses the WebSocket protocol for interacting with its CnC servers. The malware now overlays authentic app screens with phishing windows and steals all information that is entered on the screens – this includes login credentials and card details.

The “Gugi/Fanta/Lime” Trojan has been mainly used to attack users in Russia till now, and considering its potency, it can be expected to be used worldwide in the future.

How to stay protected?