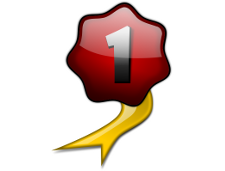 We have always had great faith in Comodo Internet Security (CIS), but it is heartening to see independent test labs now back up our conviction.

AV-Test conducts holistic tests, rather than narrow feature based tests such as detection tests, performance tests etc.  For example, if a known virus is missed they don’t end the test there. They activate the program to see if the Antivirus is able to prevent it from actually harming the computer. We feel this approach produces the most accurate evaluation, especially considering CIS’s layered approach to protection. It does a better job of answering the ultimate question “are you protected?”

Critically, Comodo was the ONLY free product to receive a perfect score in the Protection category. Considering that’s why you use antivirus software, we think that is pretty significant.

CIS obtained the highest score in the Protection category, 6 points, along with Kaspersky, Bitdefender, F-Secure and G-Data. Note: F-Secure and F-Data both use Bitdefender their antivirus engine.

Perfect protection from Comodo, and the only free product that can make such a claim.

Another outstanding result is in the Performance category where CIS scored 5.5 of 6 points.  This is tied for second with Bitdefender, behind only Webroot. What makes this so important is that system performance is sometimes considered the price you pay for protection. With Comodo you get protection and performance.

In Usability testing, CIS scored 3.5. This test measures the number of false positives. Things like memory consumption, CPU load or intuitive GUI design are not evaluated in this area.  Some of these are in the Performance category.

While, CIS had a higher number of false positives compared to the other vendors, let’s put this in perspective. In the testing the False Positive rate was 0.003% from 13 false positives in 383,324 files.

Not too bad when you look at it that way. Still, we realize there is some room for improvement and will continue to work on this area.  It has improved and we will not rest until the results are also excellent.

We are very proud of results produced by CIS 6 at AV-TEST Labs.  In both Protection and Performance, CIS is within the top 3 overall and is the top product offered free. We are even prouder to provide a product that keeps millions of computer users safe and secure around the world.