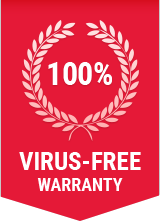 No, I don’t mean the 99% of us that Occupy Wall Streeters recently defined as not ready to amass the minimum $344,000 annual income it takes to qualify as a “One Percenter.” Instead, the 99% I’m talking about are all of the computer owners out there who just aren’t as astute at exploring the Internet as you are.

In other words the 99% who, sadly, don’t visit the Comodo Web site or Facebook page like you do.

Think I’m asking you to become a company salesperson for me? I’m not. Keep reading and you’ll discover that I’m proposing a far more humanitarian gesture.

Intrigued? Okay, let’s begin here. Take the United States as a good example. It’s one of the most computer-centric places on earth. Wikipedia Wiki Answers tells us that while we find a computer in only 5% of households when you factor in the entire world’s population, we find one in 76% of all households within the USA. Furthermore, according to a late 2010 Com Score Data Gem statistical report, adult Americans, ages 18 to 70, spend an average of 72 minutes a day on their computers. And even though we still spend far more time watching a TV screen than a computer monitor, according to a late 2009 study by New York Times Media Reporter Brian Stelter, we’re watching monitors a little more and TVs a little less with each passing year.

But while we PC Early Adopters have been the first to enjoy all the Internet has to offer, we’re also the first to have confronted all its problems. Like viruses, worms, Trojans, phishers, hackers and identity thieves. No surprise then that a comprehensive survey presented in the June 2010 issue of Consumer Reports magazine revealed that 40% of computer households in America state that they’ve experienced at least one virus infection during the past 24 months.

But here’s the thing. When you stop to think about it, the fact that 40% of us could identify a virus as the source of our computers’ problems is frightening. Why? Because the truth is, far more than 40% of computer users in America today DON’T attribute slow PC, a freeze, a crash, blue screen, compromised document integrity or identity theft to a virus. Instead, tragically, most American PC users today naively assume that they’ve simply…..BROKEN THEIR COMPUTER!

Which is why Consumer Reports also noted that we Americans actually “toss out and replace” over 2,000,000 computers every year!

That’s two million $300 to $500 investments trashed every year. When it’s very likely that a five dollar to seventy dollar Antivirus Software Product could have completely restored what millions of unsophisticated PC users thought they “broke.”

And THAT is why I want you to print this out and hand it to one of the 99%.

Actually, what I’m imploring you to help me do is “enlighten” them. Make them aware of the fact that more than 50,000 new viruses are devised and launched onto the Web every day. That it’s these scurrilous files that infiltrate millions of computers, causing slow PC, freezes, crashes, blue screens, corrupt and missing documents and ID thefts. That the odds they’ve “broken” their PC are low. And the odds they could restore it just by installing top-notch Antivirus Protection is high.

And then – and only then, if you decide it’s appropriate to do so — you might just add the fact that there is ONLY ONE Antivirus Software out there that’s so confident in its ability to stop each day’s hoard of 50,000 new viruses from infiltrating their PC, that it comes with a $500 Virus-Free Guarantee.

Reading Time: 3 minutes In the U.S., April 18 is Tax Filing Day – But it is also an Unofficial National Phishing Day for the Cybercriminal The April 18 deadline for submitting individual and company tax returns in the U.S. is a cause for stress and tension for the procrastinators – and one of the milestones of the year…

Reading Time: 2 minutes Comodo announced last week that our Comodo Internet Security Premium (CIS) software earned a 100% protection score in the most recent evaluation period of AV-Test.org. Comodo made significant improvements to its false positive rate by decreasing the number of false detections of legitimate software as malware from nine to only two. Although six security products…