Outwitting evil in The Age of Sophisticated Cyber-Criminality. 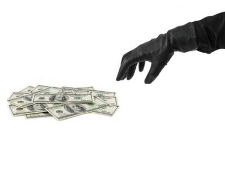 By late May, 2000 it was common. In the suburbs that circle Manhattan and the villages surrounding Paris. In Tokyo, Toronto and Topeka. And Melbourne, Moscow and Mumbai. In a word, everywhere.  All around the globe, hundreds of thousands of bank statements made the same statement: “YOU’VE BEEN ROBBED!”

What had happened?
I LOVE YOU. Arguably history’s most infamous and destructive worm attack had just given the whole world an amorous embrace….And picked its pocket! Millions of unsuspecting computers crashed, or suffered file corruption. Or very costly  theft. No one knows how much money was lost.

But that was just the beginning.

On August 12, 2003, the Blaster Worm slithered past weak system services and into Windows computers. Millions went down. Repeatedly. Hundreds of thousands of Windows PCs were never the same.

There was Conflicker, Klez and Code Red. Zlob, Zeus and Netsky. Pro Rat, Koobface and Bifrost. And thousands more that wreaked just as much havoc.

Fact is, the first decade of the twenty-first century has now been acknowledged by Internet Security Engineers, Sociologists and Law Enforcement Agencies as the beginning of an age of Sophisticated Cyber-Criminality, the likes of which man has never before seen! – Yet now, as we cautiously tip-toe through the second decade of the twenty-first century, it seems the world’s brutish army of techno-thugs has just gotten larger and more devious.

By June 2011, they’d unleashed The Morto Worm. And just earlier this month, on January 6th, a Red Tape Chronicles report on msnbc.com proclaimed: “New virus raids your bank account. But you won’t notice.”

So, what should we conclude? That the Evil rule the Internet?

That we should resign ourselves to their terror attacks? And accept their destruction and plunder?

And in 2007, that’s exactly what the scientists at Comodo did. Announcing in an August 16th press release that they had succeeded in “transforming desktop security from a detection-based to a prevention-based” model. – Suddenly, the White List Strategy had replaced the Black List Strategy.

You see as early as 2006, Comodo R&D had posited that the only way to stop the escalating onslaught of viruses, worms, Trojans, spyware and other destructive malware was to make a radical strategic shift. To reject the conventional “detection” philosophy that served only to protect a PC from a list of notoriously unsafe files that were ALREADY known. And instead, initiate a new “prevention” philosophy that only allowed a PC to run the millions of safe files registered on a periodically updated White List, embedded within incorruptible code. The scientists of Comodo called their new technology Defense+. It’s Comodo’s unique version of the industry’s most advanced Internet Security System, the Host Intrusion Prevention System (HIPS).

Today, Comodo Internet Security Pro and Complete 2012 are next generation versions of the bold thinking Comodo R&D initiated six years ago. They feature Comodo’s own patent-pending Auto-Sandbox Technology. An advance that instantaneously spots and isolates any file not found on our White List. It tests such files for safety. Then turns them over to our Antivirus component to be destroyed if they’re found to pose any threat. – All while experts within Comodo’s R&D facility actually observe and assess remotely, 24/7/365. Amazing!

But most important of all, this is why PC users everywhere no longer have to resign themselves to the havoc, destruction and plunder caused by malicious malware and the evil minds that devise it. Because you can count on this. The I LOVE YOUs, Storm Worms and Mortos of the future will NOT succeed.

Will NOT breach the ramparts of your PC.

Will NOT corrupt your documents.

Will NOT rob your ID or steal your savings.

That is, as long as your ramparts are protected by Comodo’s Internet Security Software.