Virtual Kiosk 101: How About a Virtual Chromebook?

Last week, there was a lot of buzz about the new Chromebook Pixel released by Google. If you haven’t heard of a Chromebook before, it is a netbook running Google’s Chrome OS, purely designed to run web applications from Chrome Web Store e.g. Google Calendar, Gmail Offline etc.  Microsoft has its Surface, Apple has its MacBook and Google now has its Chromebook.

Here is a link to Google’s Chrome product page for more information http://www.google.com/intl/en/chrome/devices/.

Would you like to give it a try?
No I am not going to talk about running the Chrome OS in VMware!

Did you know that if you install COMODO Internet Security 2013, you can get a virtual Chromebook that brings a rich web application ecosystem into your computer with an elegant user experience?

It’s true!
The new “Virtual Kiosk” in 2013 edition is a virtual computer inside your computer.  It’s loaded with a lot of features making it “a virtual Chromebook + more“. 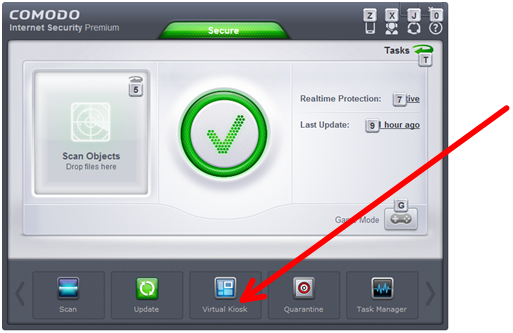 App Market allows users to install new apps
As soon as the Kiosk starts, it welcomes the user with an elegant, touch friendly shell and preinstalled apps such as Angry Birds, Evernote, Gmail etc.  There is also an App Market that allows the user to choose new apps from the thousands of apps in Google’s Chrome Web Store. 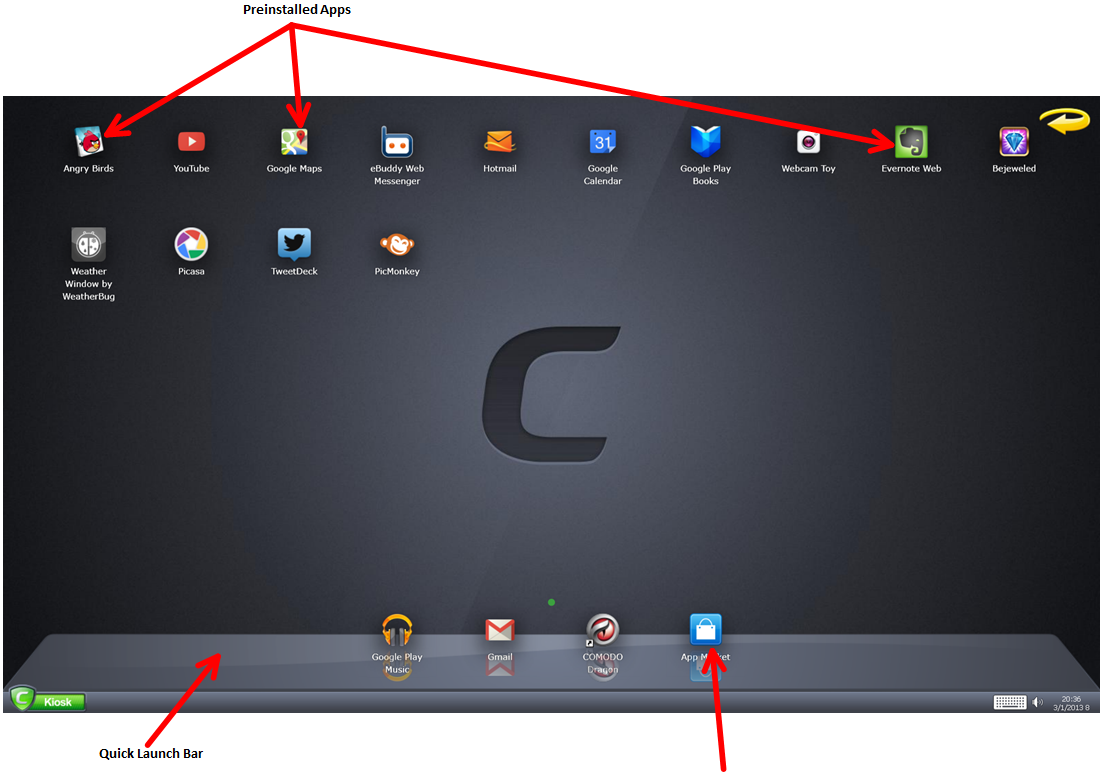 Unlike the Chromebook, the Virtual Kiosk can also run legacy Windows applications such as Microsoft Word or Internet Explorer, providing a superior user experience.

Installing an app is as simple as opening the app market and choosing the app. Done!
It will appear instantly on your Desktop.

The Virtual Kiosk is really simple to use. Go ahead and give it a try.
The latest version is available free, after all, from https://www.comodo.com/home/internet-security/free-internet-security.php

What else would you use the Virtual Kiosk for?