The Internet and Property Rights: Who is Looking Out for You? 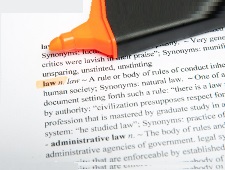 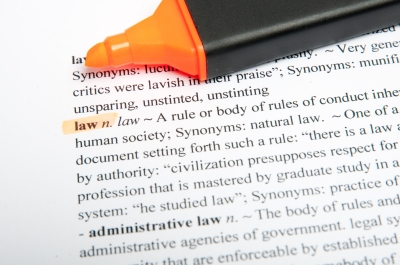 All Americans know that, according to our Declaration of Independence, we all have a right to “Life, Liberty and the pursuit of property”.

However, it should be kept in mind that property rights were very important to the founding and history of America. The 5th Amendment, most famous for protecting against self-incrimination, protects Americans from “illegal search and seizures” and protects us from having our property taken without due process and compensation.

The roots of the 5th Amendment go back to the Magna Carte in 1215, but the US Constitution included a provision that was quite radical in 1787, the power of the government to protect intellectual property. Within Article 1, Section the Constitution grants the following power to Congress:

“To promote the Progress of Science and useful Arts, by securing for limited Times to Authors and Inventors the exclusive Right to their respective Writings and Discoveries”

This is the legal foundation in America for our patent and copywriting laws which have served to make our nation the global leader in technology and innovation. The ability to protect and prosper from one’s intellectual creations has been a critical, if unheralded part of the success of the great American experiment in individual freedom. Which leads us to a profound dilemma of our times: While the internet has been a liberating force that enables communication, free expression and association among persons globally it has also enabled an unprecedented ability to infringe intellectual property rights.

How do we do we preserve the protection of copyrights, trademarks and patents without infringing on precious rights to free expression and association while on the internet? President Obama has used the internet as an example of a government sponsored success, but it could better be used as an example of what can happen when the government gets out of the way.

The internet is a world “governed” by voluntary standards set by private non-profit organizations. Yes, it has its origins in a government research project. However, since the commercialization of the internet in 1994, voluntary non-proprietary standards based technology has ushered in a new age of global commerce with remarkably little involvement of the government and its bureaucracy.

Can we deal with these issues without the heavy hand of government becoming the snake in our cyber garden of eden? We have been dealing with this issue for some time, but recent events have brought it into a new light.

There are two major facets to the threat to intellectual property rights. The first is the outright theft of private information from hackers who are backed by foreign governments and criminal organizations. This is a massive problem and a threat that is growing by the day. The private sector is working furiously to improve network security, firewalls and malware detection but the assault is relentless.

The second is the ability of people to easily copy and transmit copyrighted software, written materials and images. I personally feel that the first problem is a bigger deal, but I might feel differently if I musician whose songs were expropriated or had developed a software program that was being illegally duplicated.

In both cases there are wide spread calls to enhance the governments powers to respond. The government has been extremely slow in updating the law to address the changing technological landscape which in itself has had unintended consequences. Because we are living under laws written in the 1980s, Federal Prosecutors have found ways to interpret vague clauses in the Criminal Fraud and Abuse Act (CFAA) to overcharge internet users who may not even realize that they have committed a violation of the law.

The position of the US Department of Justice is that a user violation of a web site’s Terms of Service (TOS) policy may be violations of ‘authorized access’ under the CFAA with penalties that may include up to 35 years in jail.

Many people became aware of this only for the first time when the internet activist Aaron Swartz committed suicide after two years of being prosecuted largely on that legal basis. While not everyone agreed with Swartz views, his death was shocking and the thought that he might have been pressured into suicide by an overbearing government is deeply troubling. The property he “stole” were professional journals that he downloaded in an unauthorized way. But the material was available for free anyway. He just wanted to get them quickly.

Although government certainly has a role, we all may be better off taking privacy and security issues into our own hands by equipping ourselves with the latest software and technologies to protect us.

Reading Time: 3 minutes Internet security is a branch of computer security which comprises various security measures exercised for ensuring the security of transactions done online. In the process, the internet security prevents attacks targeted at browsers, network, operating systems, and other applications. Today, businesses and governments are more concerned about safeguarding from Cyber attacks and malware programs that…

Reading Time: 3 minutes The latest news regarding Wikileaks documents from the CIA has caused quite an industry stir, and also caught Comodo’s attention since we were mentioned in a couple of documents (and Stephen Colbert mentioned Comodo). Gaining notoriety with U.S. Intelligence Community is something in which Comodo takes some pride. While this latest news involved evaluating a…