Neiman Marcus Breach: Should Not Be Overshadowed By Target Breach 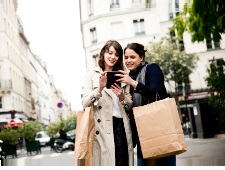 The recent data breach at the luxury specialty retailer Neiman Marcus has been overshadowed the mega data breach agt the retailing giant Target. However, it is nothing to sneeze at. With 1.1 million debit and credit cards compromised the consequences many be huge.

While this pales in numbers to the Target breach, with an estimated 110 million cardholders data stolen, we can assume that the average Neiman Marcus shopper has a much higher credit limit that those us who frequent Target. The period in which shoppers were at risk was much longer than Target, from July 16 and Oct. 30 last year.

At least Target was able to identify the breach internally. Neiman Marcus did not learn they were compromised until card companies began identifying suspicious transactions on customer cards. According to a report on Bloomberg News, the card companies have identified 2,400 cards used at Neiman Marcus during the breached period that have been used fraudulently.

Because of the timing and some similarities in the attacks, some have speculated that the Target and Neiman Marcus attacks are related. There has been nothing specifically identified to data that connects the two breaches and we do not know where the Neiman Marcus attacks originated from.

Several security experts who have looked at the Target breach malware have said the compromised card data accumulated in a concealed location inside Target’s network. It was then slowly transferred to a server in Russia, slow enough to avoid raising red flags that something was up. Something similar occurred at Neiman Marcus, but we don’t know where the data was sent.

The US Secret Service is investigating these breaches and has expressed concern that there will be many more attacks like this. There is an illicit market for malware like this and it can be obtained very cheap from web sites on the so called “darknet”. The darknet refers to web sites that are able to maintain privacy using onion routers and anonymous peer to peer file sharing networks like Tor.

Reading Time: 3 minutes The risk of cyber security threats in US companies remains a big concern as incidents of data breaches, malware infections, and other forms of cybercrime continue to escalate. In its September 2018 report, The Identity Theft Resource Center noted 932 confirmed breaches and nearly half of those breaches occurred in businesses. Meanwhile, AV-TEST, an independent…

Reading Time: 2 minutes Data breaches are occurring with increasing frequency at name-brand companies, and it’s certainly cause for concern. Millions of customers worldwide are typically harmed by these incidents, and more often than not sensitive identification and financial data is leaked. Now the latest big data breach story is about Marriott, a very large international hotel chain. The…

Reading Time: 2 minutes Summer has yet to officially start, but to me it feels like it’s begun already. My hometown of Toronto has been experiencing sweltering temperatures for the past couple of weeks. My boyfriend is an avid music fan and he has already taken me to an outdoor Slayer concert. (This is their last tour and apparently…