Warning! Your Headphones may be Functioning as a Microphone! 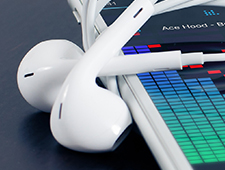 A new kind of malware can turn speakers to microphones. Dubbed “SPEAKE(a)R” it can also make computers eavesdrop on the surroundings. That’s not all – it can listen even without being connected to a microphone!

The capabilities of this malware was demonstrated by Researchers at the Ben-Gurion University of the Negev (BGU). The ability to convert a speaker into a microphone could be considered as a technical advance; however, in the hands of cyber criminals/hackers and spy masters this facility could be exploited as a powerful spying device.

Prof. Yuval Elovici, director of the BGU Cyber Security Research Center (CSRC) stated that, “The fact that headphones, earphones and speakers are physically built like microphones and that an audio port’s role in the PC can be reprogrammed from output to input creates a vulnerability that can be abused by hackers,” says.

Adding to this fact, Mordechai Guri, a lead researcher and head of Research and Development at the CSRC, states that, “This is the reason people like Facebook Chairman and Chief Executive Officer Mark Zuckerberg tape up their mic and webcam,” says. “You might tape the mic, but would be unlikely to tape the headphones or speakers.”

It is no easy joke that the Facebook CEO puts tapes over his laptop’s camera and microphone. While Facebook tries to obtain all possible data about its users, it is very important to note the camera taping by Zuckerberg. They must have suspected that webcams and microphones can be hacked and used for malicious spying activities.

However, this malware makes any PC or laptop vulnerable. Workstations and PCs have audio jacks that contain line-in and line-out ports. Line-in is for audio input, while line-out is for audio output. In some latest audio chipsets the functionality of the audio ports can be changed (remapped). Audio input can be turned into audio output and vice versa. In this demonstration BGU researchers used RealTek audio codec chips – which are widely used in many computers. The researchers add that they have not tested whether this vulnerability exists in other audio codec chips.

The BGU researchers have released a demonstration of this vulnerability in a video. Using this malware, cyber criminals can stealthily convert the headphone jack into a microphone jack. Now, whenever a headphone is attached to headphone jack it will start eavesdropping. And even if the microphone is not attached the chip will still eavesdrop. Hence, protection has to be ensured at chip-level.

Dr. Yosef Solewicz, an acoustic researcher at the BGU CSRC, reports: “We demonstrated is possible to acquire intelligible audio through earphones up to several meters away.”

Precautions to protect against SPEAKE(a)R malware