Cybercrime on a Colossal Scale 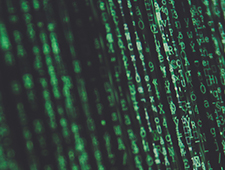 Surely there are very few in the US, or among Internet-connected citizens elsewhere, who are not aware of the massive security breach suffered by Yahoo in 2013, but only recently acknowledged by the company. And it is really not as much the company that “suffered” the breach, as much as customers and consumers.

In a general sense, anyone who uses the Internet on a regular basis was affected, if only by the knowledge that such a massive breach is indeed possible. To look at the possible “silver lining” to this dark cloud, perhaps this will serve as a much-needed wake up call for all those netizens with a laissez-faire attitude about passwords and Internet security in general.

Comodo’s own Kenneth Geers, who has had years of experience in the cybersecurity industry, both public and private, had much to say about the Yahoo news.
“Yahoo should know that it is an invaluable target for cybercrime syndicates and nation-states and invest the resources to protect its data accordingly,” said Geers, senior research scientist at Comodo. “The use of vulnerable MD5 hashes suggests that Yahoo was not paying sufficient attention to security.”

As malware and cyberattacks, and even more so, ransomware incidents, have been increasing dramatically in the last few years, there is also escalating public awareness of the importance of cybersecurity. While the effects of cybercrime simply for financial gain cannot be downplayed, there are often other, more insidious motives.

“This is a hack of strategic scale, conducted with a high level of anonymity; those two factors combined could mean that this is a foreign intelligence service seeking the information solely for its signals intelligence value,” Geers added. “One way to test that hypothesis is to try and find out if the stolen information has been used for cybercrime; that, however, is no guarantee because leaking some information could be a deceptive tactic on the part of the attacker. The fact that it may be unconnected to the 500-million account hack in 2014 does not change this calculus; there are many intelligence services in the world who might be responsible.”

Many recent high-profile cyberattacks have been attributed to nation states, as opposed to random, individual hackers. Recent statements released by the FBI and CIA indicate their willingness to attribute the widely-publicized hacking of the Democratic National Committee to Russia, for example, even suggesting a possible Russian hacking influence in the recent US presidential election.
And the Yahoo extreme breach is indicative of yet another lurking threat…the possibility that hackers, nation-state or otherwise, can potentially have a dangerous impact on national, even global, financial circumstances.

“It is possible this type of cybercrime could be used to affect market share; when billions of dollars are at stake,” noted Geers. “We shouldn’t forget that an insider, a rival corporation, or even a nation-state might operate purely out of selfish financial considerations. All of these individual data items could be used equally well for intelligence or criminal purposes.”
The list of possible consequences goes on.

“It is possible that other hacks have benefited from the Yahoo cases since users often reuse passwords between sites, and their security questions might be the same,” Geers said. “Such incidents will increase the pace of developing real-time biometrics for online authentication.”

Clearly, there are dramatic steps to be taken. Not only do average consumers need to be aware, to take steps to protect themselves, but companies large and small need to wake up to the possibility that they are only a click away from becoming the next Yahoo, a fate that can damage a company’s reputation, at the very least.

But there are solutions, and Comodo has them. To discover your company’s vulnerabilities, sign up for Comodo’s free forensic analysis:  https://enterprise.comodo.com/freeforensicanalysis