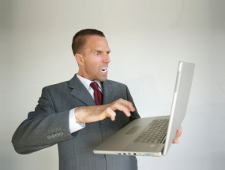 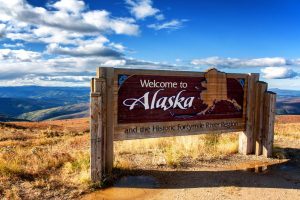 It’s bad enough when ransomware infects an individual’s PC or smartphone. Not having access to locally stored files can really throw a wrench in the works of a person’s life. But when it comes to consumer ransomware, usually only one person is inconvenienced per infection.

We know that ransomware attacks enterprise systems too. Public services in particular are a juicy target for cyber attackers deploying ransomware. Ransomware can be really destructive to embedded/IoT devices because they’re computers inside appliances and machines that have practical use in everyday life – refrigerators, MRI scanners, you-name-it. But also systems that municipalities use to support the lives of their citizens are deployed on more conventional types of computers – desktop, servers, and cloud instances. When ransomware impacts municipal computer networks, the effects can get ugly.

On July 23rd, Matanuska-Susitna, a borough near Anchorage, Alaska, ground to a halt. Valdez, Alaska was affected as well.

“The cyber attack has caused major disruption in Borough services and loss of productivity, which may continue for a prolonged time,” said Matanuska-Susitna politician Ted Leonard.

The backup and DR servers had been engineered in a way that no known threats would affect.This new threat has always been considered a theoretical exploit. To date, neither our local network engineering consultant nor the international vendors: Cisco, Dell, Commvault, that theyrepresent, have seen this exploit developed and used. Further, our backup and DR model uses
a multi-tiered approach to data protection, which appears to have saved some portion of ourdata, even under this sophisticated attack.

The phone system (Mitel) was encrypted, we lost some functionality but most direct lines continued to work as long as the phone was powered on.

The door lock card swipe system (Lenel) has also been encrypted but will continue to function in the last known good condition.

Though it initially appeared that our data was a complete loss, we have recently recovered data from the shared drives, Logos, Govern, TRIM, GIS and more.

eMail (Exchange) does appear to be completely unrecoverable.”

Completely unrecoverable… ouch. Matanuska-Susitna workers had to do their jobs with hand receipts and typewriters. The last time I saw a typewriter in use was during my 1980s early childhood, and even that was an electronic Smith Corona model with a bright green monitor, not a mechanical wonder from the early 20th century. What kind of typewriters did they have to use? 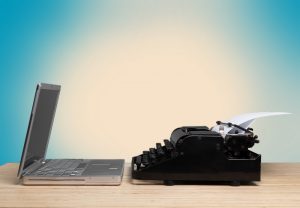 The attack was deployed with BitPaymer ransomware, the Emotet Trojan, and a human cyber attacker directly penetrating Matanuska-Susitna’s networks. The exploits leveraged zero day vulnerabilities but used familiar components. BitPaymer may have been on the Borough’s computers as early as May 3rd. But the encryption timebomb was dated for July 23rd.

BitPaymer ransomware was behind an attack on Scottish hospitals in August 2017, about a year ago.

Atlanta, Georgia can sympathize with Matanuska-Susitna. Back in March of this year, their networks were hit by SamSam, a ransomware strain that impacted Indiana’s Hancock Health in January. Among the functions stopped in Atlanta’s SamSam attack were utility billing systems, police and city worker reporting, parking ticket payment, sewer infrastructure requests, and the digital backbone of the city’s courts of law.

According to a confidential report covered by the Atlanta Journal-Constitution on August 1st, the incident response to March’s SamSam attack could end up costing the city $17 million. That figure doesn’t include speculative losses from the downtime of Atlanta’s computer systems, just fixing the damage done. Apparently Atlanta’s computers hadn’t been security patched for months.