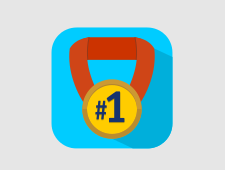 It was with great pride last week that we learned that Comodo Internet Security is once again at the top of the charts in the Matousec Proactive Security Challenge 64.

As of January 18, 2013, the independent tester of security software ranked Comodo Internet Security 2013 Premium (v6) number 1 in tests of 38 internet security suite.  Moreover, Comodo was the only suite to receive a rating of “Excellent” and only one of three products that Matousec rated as “Recommended”!

The Challenge is conducted on an ongoing basis. Each of the 38 participants in the Matousec rankings has been tested at least once in the past 6 months

They are an independent project run by security experts dedicated to improving end user website security. They not only do testing and research, they have worked with vendors to introduced innovative security solutions.

According to their web site “We want to participate in the global security research, provide independent software testing, support other companies and software vendors with similar orientation in their activities, and help with the development of their security products.”

What was so challenging about “The Challenge”?

They wouldn’t call it a “Challenge” unless it very was demanding.  The tests are organized into a series of increasingly difficult levels to pass.  The software must pass one level to proceed to the next.

The tests come from 6 categories of tests:

The tests are conducted on virtual Windows 7/Vista machines under Administrative rights with the User Account Control (UAC) turned off. Matousec’s research indicates that this is the most common real world configuration.

Time for a victory lap?  Not today!

The list of software included in the challenge includes well-known names and obscure, industry giants and small fry, costly systems and free.

Today, Comodo stands above them all.

You might say this is like winning the Super Bowl of internet security!  However we are winning a game that never ends.  There are no timeouts, no final whistle. There is no off season when we can relax and admire our trophies,

An enormous amount of effort went into the new version of Comodo Internet Security, but don’t think we are sitting on our laurels. We are working every day to meet one of the greatest challenges of our generation, creating trust online