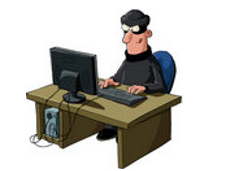 Most of the malware created these days is designed to generate income to the malware authors. That’s not a surprise, but it is amazing how creative these digital criminals can be. At Comodo AV Labs we observe and analyze the many schemes, tricks and methods they use to acquire their ill-gotten gain, including:

Recently, we have observed the rise of a new direct payment scheme where victims are tricked into paying to download freeware software. This is a very attractive approach for cyber criminals. The author does not need to spend the time and money to create a complex application which the user actually needs. They don’t even have to write a fake program that looks real.

After the application is paid for and installed, the user may never suspect anything because the application works as expected. Even if the victim figures out they paid for something they could have gotten for free, the fraudster is not connected to the software and will be almost impossible to trace.

The malware author can launch his scheme with three simple steps. First, a payment method for use in the process is established. This varies, but includes online payment, bank transfer and surcharge SMS services.

Second, they create a custom “pay-to-install” installer that implements the previous set payment service and either wraps the setup of the original software or downloads the legitimate application from a custom location when the payment is made.

Third, they “promote” the application to potential victims. This can be achieved via search engine optimization black hat tricks,  methods widely used by the malware authors, via advertisements, spam and more.

We have encountered this type of trickery among  some malicious applications we have analyzed.  The following information should help users understand the threat and offers some basic rules to avoid getting scammed this way.

Upon execution, the application displays a welcome message and states it is an installer for “Mozilla Firefox 26.0”, the well-known, legitimate and free web-browser.

The next step of the installation brings the user to a screen which states that in order for the application to be installed, a payment has to be made via a surcharge SMS to the number 81126. It promises the user that an installation code will be delivered and the process can continue. If the code is not written in the edit box, installation does not continue.

Extracting the configuration file from the installer reveals some more interesting, and alarming details about the steps it’s taking and also the codes used in the process.

Let’s consider a scenario where the user sends a SMS message to retrieve the installation code.

When this code is written into the edit box, it is verified against the one in the configuration and a message box is displayed, stating that “The first code is valid.

In the next step, input the second of the three required codes. Send a SMS with the text X10 to 81126 and you will receive a message with your installation code.”

In conclusion, it was not one, but three surcharge text message that were needed to be sent in order to retrieve an “installation code”. The first:

Then the second “code”:

After each code input, a report is sent via an http call to record the usage of a valid code. The domain used for this is vox-telecom.com. The website associated with this domain does not have any contact information, company details or who is behind it.

It has all the clues that it’s a set-up meant to give users a shade of trust by using the name of a known company from telecommunication business area.

As seen in the snapshot, the digital signature confirms indeed that downloaded application is valid and can be safely installed.
After setup is finished, initial installer exists, leaving the user with a newly installed application which was, in fact freeware, but he paid for it.

Also, make a point to check if the application you need is freeware or indeed you need to pay for it. Many paid applications have a trial version which can be tested before buying them, with payment methods described their documentation.

Importantly, beware of software applications that request payment via phone or SMS surcharge numbers upon installation.

But most of all, the best way to be protected from such malware is by installing an efficient antivirus on your system.