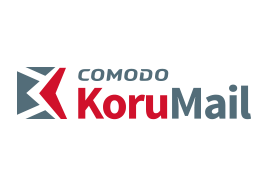 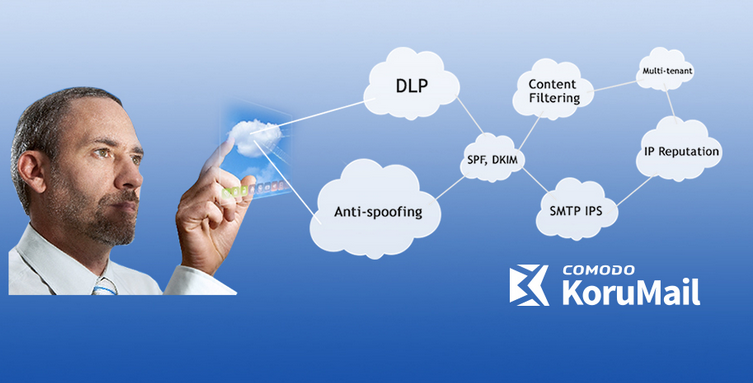 Spam email is to the Internet what pollution is to waterways and phishing email is the most toxic of digital pollutants. Current measures for dealing with unsolicited mail are being overwhelmed by the sheer volume and increasing sophistication of spam campaigns.

Comodo has a solution with KoruMail, and it is needed more than ever.

According to a 2012 study in the Journal of Economic Perspectives, approximately about 100 billion emails are sent to valid email addresses each day an estimated 88% are spam. While some of what we consider spam is lawful marketing, most are illegal.

Spam is an employee productivity killer and strains limited resources, such as time, network bandwidth and server space. The same study estimates that spam costs American business and consumers experience almost $20 billion per year. A study by Nucleus Research Inc. put the costs to US business considerably higher, $71 billion annually in lost productivity. That comes to an astounding $712 per employee.

Email phishing attempts to trick targets into revealing personal information so the attackers can commit identity theft and financial fraud. It has become big business. According to a January 2015 FBI report, businesses had lost $215 million worldwide to such scams.

In fact, that figure may be low. By mid 2014, Target alone may incur more than $200 million in costs cleaning up the damage caused by a November 2013 POS data breach that began with a phishing email at the company’s HVAC vendor. On 2/25/15 Target announced a $162 million charge against earnings for 2013-14,

Until fairly recently, most hackers focused their phishing schemes on small and mid-size businesses because they tend to employ minimal security mechanisms or utilize less sophisticated protection software than that used by large enterprises. They often have inadequate resources to respond to breaches when they occur.

However, cyber-criminals are increasingly using the more advanced and targeted techniques originally developed by governments for cyber espionage to target large enterprises. This demands a greater expenditures of time and money compared to traditional wide net phishing campaigns, but when they succeed the payoffs are huge and make the investment worthwhile. A handful of well-chosen targeted individuals can yield information that can compromise multiple sectors of an enterprise, including financial, data security and customer relations.

A personalized approach of targeted phishing complicates the identification and elimination of the threat. Sophisticated phishing campaigns can outsmart standard anti-phishing technologies, leaving organizations vulnerable to breaches and data loss.

The question is not if you need an email solution, but what email solution is right for your organization?
The ideal solution must provide email servers with robust filtering, not just for spam itself but also for the malicious content it delivers. And it must do it without straining already tight IT budgets.

Comodo has just such a solution.

Comodo KoruMail is an enterprise anti-spam and threat prevention appliance that uses a sophisticated array of spam filters, antivirus scanners and content analysis engines to prevent unsolicited mail from ever entering your network.

KoruMail is initially being released as a virtual appliance; it will be made available as a hardware appliance in the KoruMail v6.0.0 (2015 Q2) release. For more information go to http://www.korumail.com