TRAI and Apple at deadlocks over the anti-spam mobile app 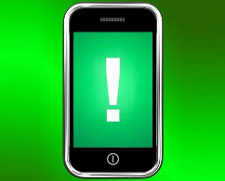 The rift between TRAI (Telecom Regulatory Authority of India) and Apple deepens over the development of a government anti-spam mobile app with the Cupertino tech giant raising concerns about the user privacy. India is one of the fastest growing smartphone markets in the world, the conflict with TRAI may gravely impact on Apples plans to set up a manufacturing unit in the country. Besides that, Apple also has plans to set up its own Apple Stores in major cities.

DND or Do Not Disturb app is an anti-spam application that allows users to report details of unsolicited calls and text messages with the agency. Thus, the collected data will be sent to mobile operators by TRAI to block the spammers. Even though TRAI intentions prove right here; the iPhone maker felt that allowing broad access to users call and message logs would compromise the privacy. Last year TRAI sent out the consultation paper on privacy, ownership, and security of data to telecom networks on custody of customer data.

Back in October, Apple agreed to offer some help to TRAI in building the DND app by allowing the regulator to tap into iOS new features. However, Apple withdrew after it felt, the anti-spam app would violate the company’s Privacy Policy. The differences between both sides deepened after TRAI pushed for its DND app on the Apple’s app store.

The disagreement is a display case of the challenges confronted by technology companies while handling requests from governments and other regulatory bodies to access user data on devices. Notably, in the mid of 2017, Apple went ahead and removed numerous apps from its Chinese app store that allowed users to surf the online space privately to abide to a new Cyberlaw.

Apple is not willing to abide by the demands of the regulatory authority. Both the parties haven’t discussed the matter since last November and the Indian regulator asserted the Apple authorities that it was waiting for basic clarifications. Last week, Apple told Reuters the DND anti-spam mobile app “as envisioned violates the privacy policy” of its App Store. This is not the first time the technology giant has come into conflict with Indian authorities.

Advantages of the Using Antispam Software

Reading Time: 2 minutes Ever since the advent of the internet, information security has become a serious matter of concern for many, especially, when people communicate and transfer a lot of information data online from one side of the world to the other. Particularly, when customers key in their banking details such as credit card/debit card numbers or net…

Reading Time: 2 minutes Spamming refers to use of an electronic messaging system to send unsolicited messages especially advertising messages to a group of recipients. Unsolicited messages mean the recipient did not grant permission for those message to be sent. Anti-spam refers to the use of any software, hardware or process to block spam from entering a system. The…