Windows XP Reaches End of the Line, Sort Of 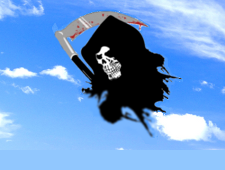 At long last, Windows XP reaches its end of life deadline today. This is the day. April 8th, that Microsoft will release its final security updates for the venerable operating system, introduced to the world in 2001.

As late as February of this year almost 30% of all Windows computers used Windows XP. Microsoft has been furiously attempting to convince XP users to upgrade, preferably to its current flagship OS Windows 8.1, warning of dire consequences if they stick with good old XP.

While the folks in Redmond may have ulterior motives for wanting their most successful product ever to disappear, their warning should be taken seriously. Without security patches XP is sure to be an inviting target for hackers and fraudster. When Microsoft comes out with their next round of patches to address security flaws in the current versions of Windows, hackers will examine them carefully to identify if the flaw also exists in XP. Windows XP will become a free fire zone for hacker attacks.

Well, not if you have deep pockets. Microsoft is not being entirely truthful when it proclaims the end of XP security patches. If you are a large organization and are willing to pay a substantial fee you will still get XP updates. 90% of ATM machines use XP and you can be sure that many financial institutions will pony up to avoid even more expensive upgrades. According to the Guardian newspaper, the British and Dutch governments have reached agreements with Microsoft to continue upgrades. Of particular concern in the UK is that, as of last September, up to 85% of the 800,000 PCs in the state run National Health Service are using XP.

However, if you are just an ordinary user who simply does not see the need to upgrade you may want to rethink that. We would never recommend using an unsupported operating system, unless you are never going to connect to the Internet. In fact, we are concerned that the acceptance of the superior SHA-2 cryptography for digital certificates has been slowed because it is not supported on systems running Windows XP SP2 or older

However, we also believe that the user rules. It is your computer and your choice.
If, for whatever reason, you decide to continue with XP you can rest assured that Comodo will have your back. We will continue to update our antivirus for XP and XP vulnerabilities.

Furthermore, Comodo Internet Security is the best choice for protection in this circumstance because it is uniquely designed to deal with “Zero-Day” threats, attacks that use methods not yet identified by the security community. If any program is not verified as safe, Comodo will not allow it to be run by the operating system. It can only run in a safe, isolated system area called a sandbox. Your system and precious files are safe with Comodo.