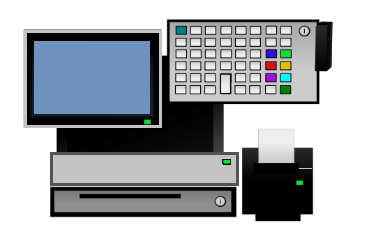 Few concepts epitomizes the modern American economy than the Supermarket. It is the one place we all visit at least once a week.

That’s why it is particularly disconcerting to learn that in less than one week, 2 giant supermarket chains revealed breaches of their Point of Sale (POS) systems and cardholder data. A supermarket data breach could impact any of us.

Supermarket chain Supervalu announced it is investigating a potential data breach that could effect its more than 1,100 stores. Cardholder data is believe to have been exposed between June or early July and May due to malware infecting their point-of-sale network. Its Cub Foods, Farm Fresh, Hornbacher’s, Shop ’n Save and Shoppers Food & Pharmacy locations in Illinois, Minnesota, North Carolina, North Dakota, and Virginia are were potentially.

In the announcement, the company assured customers that the breach has already been fixed and their stores are safe to shop at.

Last Friday, AB Acquisition LLC, which operates several large supermarket chains, announce that they “recently learned of an unlawful intrusion to obtain credit and debit card payment information in some of its stores.” They believe the hack began on June 22 and ended by July 17.

The company does not know of any misuse of customer data at this time and believes the breach has been addressed.

The hack affected the following stores: