What You Need to Know About the Celeb Nude Photos Breach 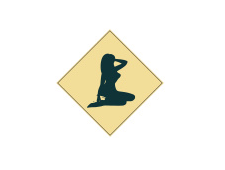 When you are a celebrity you want exposure, but Apple’s iCloud has given a list of some of Hollywood’s top female celebrities more exposure than they bargained for.

Over the Labor Day weekend, hackers compromised the iCloud accounts of some popular female celebrities and published nude photos of them. The embarrassed celebs include A-listers Kirsten Dunst, Jennifer Lawrence and model Kate Upton.

You may not be a celebrity, but have you taken selfies that you only want your friends to see? The reality is that you are just as vulnerable to being overly exposed as our friends in Hollywood. Many a job has been lost when a picture meant as a personal joke has been viewed by an employer!

For their part, Apple is asserting that their network and systems were not actually compromised. How can that be?

The fault may lie in the stars for not using strong passwords and difficult security questions. According to an Apple statement “After more than 40 hours of investigation, we have discovered that certain celebrity accounts were compromised by a very targeted attack on user names, passwords and security questions, a practice that has become all too common on the Internet.”

There have been reports that the breach may be related to a defect in their “Find My Phone”, but Apple claims they found no connection to that function or the iCloud application.

First, fraudsters are quick to take advantage of a hot story like this. Do not click on any link suggesting that it will take you to nude photos of celebrities. Chances are you will be downloading malware to your computer instead of Jennifer Lawrence.

Second, never post anything on line that you wouldn’t want your mother or priest to see. Dunst claims that her photos had been deleted, but once on the Internet you can never know if it will ever be gone. After all, it is a public network and files can be copied and forwarded in a few seconds.

Last, and not least, use strong passwords. Sure, I hate them just as much as you do, but in today’s insecure Internet environment they are a must. Use both alpha and numeric characters, include a mixture of upper and lower case letters and add a special character (@#$% etc).