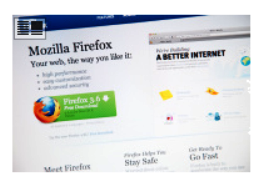 There are 3 critical fixes:
Firefox 36: Fixes a buffer overflow in the libstagefright library during video playback where invalid MP4 video files could result in allocation of a buffer that was too small for the content, that could result in an potentially exploitable crash.

Fixed in Firefox 36, Firefox ESR 31.5 and Thunderbird 31.5: Fixes a use-after-free vulnerability when running specific web content with IndexedDB to create an index, potentially resulting in an exploitable crash.

Fixed in Firefox 36, Firefox ESR 31.5 and Thunderbird 31.5: Several memory safety bugs are fixed in the browser engine used in Firefox and other Mozilla-based products. Some of these bugs showed evidence of memory corruption that could be exploited to run arbitrary code.

Other high severity issues addressed in these updates include: