Are You Protected From Your Frenemies? 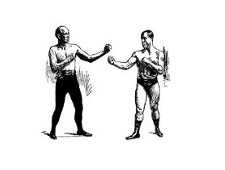 We have the software to do a pretty good job of protecting ourselves from our digital enemies, the hackers who spread viruses and want to steal our personal information. Increasingly, the concern is over our friends. The slang term “frenemies” comes to mind, people we treat as friends but do not have our best interests at heart.

Google’ search is a fantastic tool. Like most people, I use it all the time.

I also know that Google is keeping track of what I am searching for and where I am going on the web. They use that information to server ads from their ad network that they think will be most appropriate for me and most effective for the advertisers they server.

For the most part, this is harmless.

Nevertheless, there is definitely potential for abuse. Google accumulates a lot of data that it uses and shares with its partners. Its policy is not to share your data without your permission, but it in fact depends on what type of data we are talking about. Google groups your data into 3 categories.

Google may be benign, but I get nervous when someone says “don’t worry, trust us”.

That’s why I have installed browser extensions that protect my privacy from the activities of Google and other search engines that track my activities.

The second frienemy that I think of is Facebook, but I’m not sure that Facebook itself is the problem. Facebook has the same data collection issues that we have with Google, but the more important problem is how people use it.  It is amazing how many people simply don’t get that Facebook and other social network sites are on a public network.

Some people are pure idiots and get what’s coming to them. There were the burglars who bragged about their activities and someone reported them to the police. Apparently, law enforcement routinely finds incriminating statements on public web sites.

However, internet searches have become a routine part of the hiring process. I am personally aware of several situations where job offers were not extended to applicants because Human Resources saw something objectionable on their Facebook page. Something you think is funny to your college or high school friends might not look so funny to a prospective or current employer.

And it’s not just prospective employers; it is our actual employers who are watching us. All of our activities online at work are being monitored at most companies. In fact, government regulations as part of the post Enron scandal reforms mandate an unprecedented amount of monitoring and documenting of internal communications.

I never use my company computer for personal use and would absolutely not send personal messages with my company email. That’s just asking for trouble.

The last frienamy to our privacy could be the biggest and most troublesome. Good old Uncle Sam himself.  Details of a massive data collection program run by the National Security Agency was revealed this week that has many folks, myself included, very troubled. While there is no evidence of actual abuse at this time, the scope of the program is breathtaking.

The NSA, in a program called PRISM, is collecting the calling records of virtually every phone call made in the United States. Now, they say this data is only accessed to identify connections to suspected terrorist calling into the US or people in the US calling out to overseas suspects.

That sounds fine to me, but how do we know the data isn’t going to be abused? Calling data could identify personal information that could be used to extort or intimidate people for political reasons. A candidate might rather drop out of a race rather than have his wife and public know about phone calls to a brothel, just to give one example.

We are still learning about the details of this program, but access to detailed records supposedly requires a court order. However, everything is done in secret. We simply do not know if the controls are in place to prevent unauthorized or inappropriate access.

Don’t worry they say, trust us.