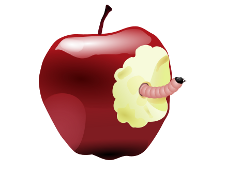 Apple has released security updates for OS X, Safari, iOS and Apple TV to address multiple vulnerabilities, one of which could allow a remote attacker to take control of an affected system.

Apple’s iOS 8.1.3 fixes a number of issues involving ID names, Spotlight search and multitasking on the iPad. But you’d be forgiven for only noticing the one that said “reduced the amount of storage required to provide a software update.” This time, you don’t need to nuke apps to make space.

The second update to Yosemite, 10.10.2’s release included changes to resolve an issue that may cause Wi-Fi to disconnect. Mac users have been particularly vocal about this issue.

But the promised Wi-Fi fix will undoubtedly get the most attention: A massive thread on Apple’s support forum, which kicked off just a day after Yosemite’s October 2014 debut, has been the home of complaints about the OS refusing to connect to a wireless network, or if it does, suddenly dropping the connection.