Supreme Court: Is Seizing a Mobile Phone is Like Seizing a Computer? 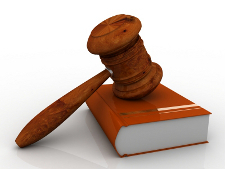 If a person is arrested for a routine traffic violation and has a personal computer conceal in their car trunk and a smartphone in their pocket, the police have no legal right to search their computer because it is considered protected under the 4th Amendments’ prohibition of warrantless searches. However, they can access and rummage through the data on the smartphone because the courts have always viewed the examination of personal effects as an essential component of processing an arrest and, well, it is just a phone after all.

Given the dramatic changes in technology over the past decade, can we really consider a smartphone just a phone? Your typical smartphone today has more permanent storage capacity than a desktop computer a decade ago and has become a significant tool for users managing all of a person’s personal affairs, not just making phone calls.

The Supreme Court heard arguments this week that a police search of a smartphone should indeed require a warrant. What complicates the situation, especially to the legal layman, is that the defendants in the 2 specific cases involved could be viewed as very unsympathetic and the police could be said to be just doing a good job.

In one case, San Diego police pulled the defendant over for driving with expired tags. During a search of the car, police found two guns under the car’s hood and they found a smartphone in the defendent’s  pocket. Based on photos found on the phone, which included photos of a car involved in an earlier shooting, the police conducted ballistics test that connected the guns to the crime. He was charged and convicted.  Efforts to get the evidence from the phone thrown out were unsuccessful.

In the second case, police arrested a defendant after he drove away from the scene of what police believed to be a drug deal . Police seized his flip phone and found a “My Home” listed on a call log.  They were then able to connect the phone number  to a street address. They then used this information obtained a search warrant of his home, which found crack cocaine, marijuana, a gun and ammunition.

The defendant was convicted of three counts related to drug dealing, but unlike the first case the conviction was overturned on appeal because the court ruled it was based on an illegal search of the phone.

The decisions in these two cases are contradictory, despite what appear to be similar circumstances. This is why we have a Supreme Court in the US, so that such cases can be resolved consistently and the rule of law applied uniformly.

How the Justices decide this case could have a profound impact on society and there could pros and cons for each possible outcome. If they come down strongly on the side of the law enforcement, we trust most police will use their powers to make us safer from bad guys. However, history tells us that police power can be abused which is why the 4th amendment was created in the 1st place. The founders had a very bad experience with the concept of a “general warrant” which allowed representatives of the crown to go on fish expeditions without probable cause.

On the other hand, if the court were to find strongly for the defendants it will strengthen privacy rights and the police won’t have the opportunity to commit abuses. Of course, they will also certainly miss access to valuable information that, as in this case, could be used to make their cases. Some number of guilty persons will most likely go free.

With such a dilemma, the courts often attempt to define a middle solution, balancing the rights of the citizens with the needs of law enforcement. It won’t be easy, but we hope they can find a reasonable compromise.