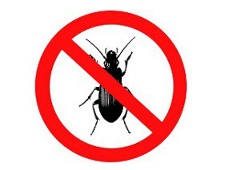 Mobile computing is on a spree and growing at a rapid pace. In order to create a more secure environment for mobile users, the Pwn2Own 2013 hacking contest has been organized by HP to encourage security researchers to expose mobile bugs and vulnerabilities. Significantly, the encouragement comes in the form of up to $300,000 in cash awards to researchers who identify vulnerabilities on selected platforms.

Hewlett Packard is the official organizer of the second annual Mobile Pwn2Own hacking competition slated to be conducted in November. It will be part of the PacSec Applied Security Conference scheduled to be held in Tokyo.

Participants will be racing against each to be the first to demonstrate new attacks againsts Bluetooth, WiFi, USB or NFC use on a mobile device. Awards will also be paid for demonstrating attack on SMS, MMS and CMAS message services.

This is a follow-up to the Pwn2Own March event this year that focused on identifying desktop browser vulnerabilities. Security experts and white hat hackers competed to identify vulnerabilities on the PC.

During last year’s mobile hacking event both iOS and Android platforms were hacked exposing all types of bugs found in it. Besides mobile operating systems, new emerging technologies such as near-field communication or NFC technology were a prominent focus.

A confirmed $40,000 bounty awaits those who hack into mobile browsers. Google offers $10, 000 in bounty to those who crack Chrome browser exposing its vulnerabilities. They will be using Samsung Galaxy S4 or Nexus 4 devices for this test.

We can all thank Pwn2Own and HP for their efforts. With hackers increasingly turning their attention to mobile platforms it is great to see that they are working to get ahead of the problem. The users of mobile devices will be the true beneficiaries.