Google Shifts Focus of Android to the Enterprise 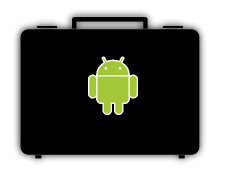 Google has signaled a shift in focus for its Android operating system toward’s the enterprise market with its new Android Work component, a feature of its upcoming mobile OS that provides mobile device management (MDM) features and IT controls to Android. This is in response to the growing need to manage user owned devices in the workplace, a trend called BYOD (Bring Your Own Device).

Google is also integrating key features developed for the Samsung powered mobile devices. Because Android for Work has widespread support among hardware makers, these features that will now be available for most Android smartphone and tablet users. Google provides Android for both its own line of hardware and for many other vendors

The new features are focused on making the use of Android devices more friendly for a business environment. For example, It administrators will be able to establish policies that separate a user’s personal data from the business data on the device.

There will be features for managing the distribution of Google Play apps in bulk to everyone in a company, a specific group or individuals. This is being provided in conjunction with the introduction of new Google Play bulk licensing options for businesses. As part of Android Work, Google is also opening up new Android APIs that are designed to let enterprise mobility management (EMM) vendors integrate their products with the latest version of Android and build new Android-specific security features.

Android is an open source operating system, originally based on Linux, that is used for a wide variety of mobile devises. In addition to smartphones and tablets, vendors such as Samsung and LG are preparing to introduce product lines of smart watches that use Android. According to techcrunch.com. as of May 2014 300 million smartphones worldwide were powered by Android, representing 80% of the smartphone market.

Comodo Mobile Device Management along with Android Antivirus is designed for the Android platform and uniquely provides licensing based on users instead of devices.