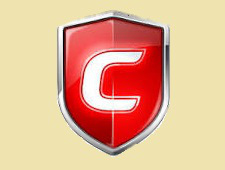 These are exciting times for Android smartphone users, with great new products and so many great apps to choose. Unfortunately, there are risks when installing a new app. Hackers are increasingly targeting the Android platform to spread malware. Why wouldn’t they? By some estimates, Android based phones represent as much as 60% of the market.

What can you do to prevent being a victim?

First, only download apps from the original Google Play store. Google screens all uploads to the store for malware. Malware distributers are known to favor 3rd party stores because they are not as strict or effective in screening.

However, Google’s track record is not perfect. Last April, several million users downloaded apps infected with malware known as BadNews.  How did they do they get past Google’s screening?  The malware presented itself as an advertising network, a distribution system. In other words, the infected app is clean of malware when you download it from Play. Install it, however, and malware soon follows along.

Second, you should use apps from familiar vendors you know are reputable. If you don’t know or not sure, it is easy to do a little research on the web and find out.

Third, use high quality antivirus protection. Many users still don’t think they need the same protection on the smartphones that they need on their desktops. Malware like BadNew and the very malicious OBAD Trojan are proving them wrong.

CMS provides real time protection against major malware infections found on smartphones and has a mobile optimized scanner. The product is capable of notifying the user when unsafe apps try to gain access or are being installed so you can skip the process. It not only protects against virus attacks but also against unwanted calls as well as messages.

You might think a free app would have minimal functionality, but that is never true with Comodo.  CMS provides over a dozen features, including backup, call blacklist, sms blacklist, privacy protection, automatic scanning, anti-theft protection, privacy advisor, malware app blocking and much more.

It monitors incoming and outgoing traffic. This feature allows you to track data usage so you don’t cross your limits. The built-in firewall can be used to block apps from communicating with the internet until and unless it is absolutely necessary with manual permission.  A whitelist feature allows users to specify safe calls and attend them while blocking those unwanted, pesky calls that hinder daily activities.

While you’re at it, you can try out the other great free apps from Comodo in the Play store: