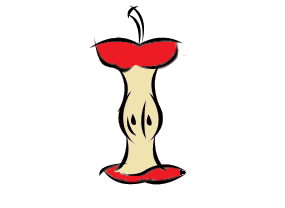 Apple has released updates for iOS 8 that fix critical security issues and add file encryption that even the police cannot break. This will likely make Apple users happy, but not so much law enforcement.

In the past, Apple could access the data on an iPhone when subject to a court order. With this change, Apple has announced that it will not have the capability to do that, court order or not. Apple will still be able to respond to local or Federal court order requests for user data stored on their cloud.

A message from CEO Tim Cook on Apple.com emphasized Apple’s commitment to user privacy. In a veiled swipe at competitors such as Google he said “A few years ago, users of Internet services began to realize that when an online service is free, you’re not the customer. You’re the product. But at Apple, we believe a great customer experience shouldn’t come at the expense of your privacy.” He added “We don’t build a profile based on your email content or web browsing habits to sell to advertisers. We don’t “monetize” the information you store on your iPhone or in iCloud. And we don’t read your email or your messages to get information to market to you”

The critical update include fixing a vulnerability in the wireless communication in iOS 8 and Apple TV that could allow an attacker to impersonated a WiFi access point and obtain WiFi credentials.