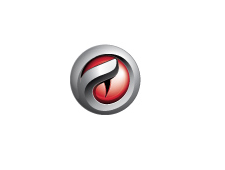 According to Forrester, the world’s preeminent source of statistical data on the Internet, American adults now spend an average of thirteen hours a week on the Web. That’s just a few minutes shy of two full hours every day! (There are countries in Europe and Asia that yield similar statistics.)

And with so many people spending so much time interacting within this medium, it should come as no surprise that it’s given petty plunderers and long-con thieves alike boundless opportunities.

We call them hackers, spear phishers, ID thieves and botnet engineers. They launch more than 50,000 new viruses, worms and Trojans a day. Plus spyware, phishing sites and phony anti virus scan scams. Their ranks are larger than any country’s army. They’re more conniving than any underworld crime boss. They steal millions of dollars from us every year. And yet, over the past decade and a half, less than one percent of them have been caught, convicted and incarcerated.

Worst of all, anybody can become one of their victims the second they click on their desktop’s Web browser to go online. And almost every one of the Internet’s most popular browsers lack the security technology to stop them!

The proof? In late January and early February of 2009, Roger Grimes, senior editor and investigative reporter for InfoWorld, presented his readers with reports on each of the best known browsers. Subsequently, his findings were also picked up by PC World. Below, you will find key excerpts from his reports. These are startling observations. On each browser. Including Chrome.

INTERNET EXPLORER, January 29, 2009: “Internet Explorer… is still the market leader. (Its) dominance and complexity have made it the browser to attack…(So) Internet Explorer has had at least 70 announced vulnerabilities.”

FIREFOX, January 28, 2009: “(This) popular Web browser is long on user-friendly features and third-party extensions, and short on granular security controls.”

SAFARI, February 1, 2009: “Safari…has many security weaknesses. (For instance) the Safari installer also installs a service called Bonjour… Bonjour is used to automatically configure printers, hunt for file sharing opportunities and find instant messaging peers… Most security experts are wary of auto-discovery programs like Bonjour… Bonjour itself has been involved in at least three known exploits.”

OPERA, January 28, 2009: “Opera’s unfortunate lack of support for DEP and ASLR make the Opera process the weakest protected of any of the browsers I’ve tested… This weakness is exacerbated by 45 announced vulnerabilities.”

CHROME, January 27, 2009: “One of (its) most glaring lapses is the inability to disable JavaScript. Because JavaScript is involved with most malicious Web attacks…I cannot understand how Google committed such an oversight… Another critical security feature that’s missing is the ability to place different Web sites into separate security zones… Google has also washed its hands of responsibility for the security of add-ons. (So) you cannot easily determine which add-ons will render particular content, or easily disable them.”

In an age in which cybercrime is proliferating, Grimes’ revelations are both timely and crucial. Because they point to one of the Internet’s central “Red-Alert Realities.” Staying out of the clutches of the thieves, con artists and contraband ID traffickers on the Web requires security precautions. And those precautions must take affect the moment you log on. Unfortunately, according to Grimes, not a single one of the Internet’s most popular browsers provide you with the impenetrable security you need.

Comodo agrees. That’s why Comodo R&D, the inventors of so much of the Internet Security industry’s most unbreachable software, took Chrome – the world’s fastest and most stable browser – and retooled it to include the one thing it lacks. Impenetrable security. The result? Comodo Dragon. A Chromium technology-based browser that offers you all of Chrome’s features PLUS the unparalleled level of security and privacy you get only from Comodo.

What makes Comodo Dragon the best browser available today? It’s this simple. Chromium technology was engineered to offer Web users an Internet browser that surpassed Internet Explorer, Firefox, Safari and Opera. Especially when it comes to functional speed, stability and convenience. But Comodo Dragon surpasses Chrome by providing superior security features, too. And Comodo Dragon will run on all Microsoft Windows 7, Vista and XP computers.

But that’s not all. Comodo Dragon also comes with privacy enhancements that surpass Google’s Chrome. It features domain validation technology that alerts you to questionable Web sites. And it stops cookies, other Web spies and browser download tracking cold.

But fair is fair. The Internet’s best known browsers aren’t the only ones reporters have reviewed. Comodo Dragon has been critiqued by PC World, as well. In his April 2010 report, here’s what technology reporter Steve Horton had to say.

COMODO DRAGON, April 13, 2010: “What separates Comodo Dragon from the other Chromium browsers is the added level of security…Comodo Dragon boasts what’s called Incognito Mode, which allows you to surf with all cookies turned off, no download tracking, and no other trace of your existence…Comodo Dragon’s user interface is minimalist, leaving a lot of room for the screen. And it renders pages very quickly…If you want more security than the standard level, check out the free Comodo Dragon.”

Which brings me to the Dragon’s most inviting feature of all. It’s FREE.

So the question you must ask yourself is this. Why would you choose a browser that might cost you your identity, privacy, or bank balance when you can choose one modeled after Chrome, with better security — and no cost at all?