If the White House Has Trouble With Hackers, Everyone is at Risk 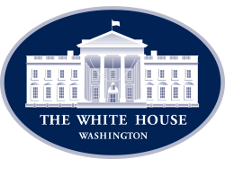 According to the noted National Security expert Bill Gertz, White House computers have been compromised by hackers, probably from China, but nothing classified was stolen. (Washington Free Beacon, 9/30/12)

Who says nothing classified was stolen?
Well, an administration official and an unnamed source on background. (Politico, 10/2012)

Exactly what was hacked into? An email system.
Whose email system? It was just the White House Military Office.

Great! Not like they got into the West Wing and were monitoring the Prez’s love letters to Michelle or his iPod playlist!

So, what exactly does the White House Military Office do?
They are in charge of the President’s Nuclear Football. I know, he is more of a golf and basketball guy.

But this is a very special football. It has the codes that the President could use to launch nuclear missiles and start World War III. And they also arrange the Presidents travel and communication plans!

That may sound serious, but not to worry!
An Administration National Security official says it was just a “Spear Phising Attack”. That’s where a hacker uses emails disguised as from a trusted source in order to get recipients to reveal classified information or become infected by malware. (Washington Free Beacon, 9/30/12)

Sounds bad, but the Administration official also said such attacks are “not infrequent” and there are unspecified “mitigation measures in place”.

I guess they know what they are doing. This is the US Government, after all.

But wait! He said this is “not infrequent”!
That means it happens a lot!

I sure hope they are using Comodo Internet Security Pro 2012, the best Antivirus and firewall software!

With 40,000 new malware unleashed every day it is a lot of work maintaining a blacklist.

Comodo antivirus system uses a “whitelist” approach. The scanner uses a list of known valid programs to allow only safe programs to run in the system.  For any other software it allows it to run in a separate, isolate system called a “sandbox”. The scanner monitors the program in the sandbox and can identify if it is safe or not.

If the White House has trouble with computer hackers than everyone is at risk.  Never open email if you have any suspicions as to the source and use Comodo Internet Security Pro 2012.