TLS vs SSL: The Difference May Surprise You! 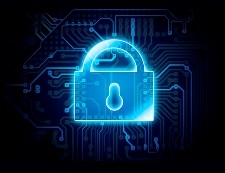 When you work with SSL (Secured Sockets Layer) to secure your web site or other types of communication, you may notice reference to another communications protocol TLS, Transport Layer Security.

You know that SSL provides a secured, encrypted communication between a client and a server, but what does TLS do?

Truth be told, TLS is simply a newer name for SSL. TLS was introduced in 1999 as an upgrade to SSL 3.0 and has almost completely replaced it.

So, SSL itself is really dead?
No, not completely. However recent events indicate that it really should be.

This not common, but it does happen. Unfortunately, SSL 3.0 has weaknesses that hackers can exploit, giving them the incentive to try to force servers to downgrade to SSL 3.0

Earlier this month, Google researchers disclosed the ‘POODLE’ vulnerability, which could allow attackers to decrypt encrypted connections to websites that use the SSL 3.0 protocol using a “man in the middle” attack. This is where the hacker inserts a process in between the client and server through which their communication passes through. Essentially, the hacker is able to listen in on a private communication. The hacker may also be able to redirect the client to a web site controlled by the hacker where the hacker will infect the client with malware and/or commit financial fraud.

The ‘Coffee shop’ attack is an example of a ‘man in the middle’ attack (MITM). In this scenario, an attacker who is situated in the coffee shop itself would set up a laptop to broadcast a WiFi signal that looks the same as the coffee shop’s WiFi. The victim then inadvertently connects to the attacker’s WiFi instead of the coffee shop’s WiFi and all of the victim’s internet traffic is now available to the attacker to intercept and record. This type of attack would usually be stopped if the connection was encrypted. However, with the POODLE vulnerability, it would be theoretically possible to decrypt some data from sessions that are secured with SSL 3.0.

Fortunately, there is a simple solution. SSL 3.0 can be disabled on a server and in the browser. If either is disabled during an attempted connection there is no way to fall back to SSL.

You can check to see if a web site has SSL 3.0 enabled as follows: Enter your website URL at: https://sslanalyzer.comodoca.com. Sites with SSL 3.0 will be reported as ‘Vulnerable to the POODLE attack’

You can check to see if your browser has SSL enable at the following web site: https://www.poodletest.com/