Target Data Breach: The Losses Mount on Many Fronts 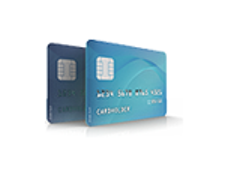 The losses due the Target data breach are just beginning to be tabulated. According to financial results for the 4th Quarter, Target’s total loss for the period directly attributable to last year’s huge card holder data breach was $61 million, but was offset by $44 million recovery from insurance.

Not that a $17 million net loss is nothing to sneeze at, but this is just the tip of the ice berg, with the breach playing a large role dramatically lower 4th Quarter profits reported by the retailing giant. At $520 million, profits were down a whopping $440 million from the same period in 2012.

There is no doubt that customers stayed away after the breach of data was revealed in mid-December, in the very middle of the store’s most critical season.

Target has said that related expenses included payments to card networks to cover losses, the cost of reissuing card and legal costs due to law suits and government investigations. The company is also offering a free credit monitoring and identity theft protection program to customers and has spent $5 million dollars to create a new industry group dedicated to cyber security issues. And the toll is expected to continue to mount on many fronts.

According to a study in mid-February by the Consumer Bankers Association and the Credit Union National Association, the total losses incurred by all parties related had already exceeded $200 million, without even considering the losses due to fraudulent activities! Oddly enough, after declining when the breach was originally announced, Target’s stock price has recovered and is almost exactly where it was when this fiasco was revealed. This may be due to the perception that Target has been forthright about the issue and has taken aggressive steps to address it.

More than half of all potentially impacted cards have been replaces. If you used a credit card at a Target store between November 27th and December 15th, we would urge you to have it replaced immediately. Fraudulent duplicates could be in circulation as we write!