Dexter is a Killer: Virus Places Point of Sale Systems at Risk 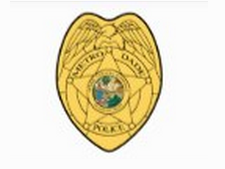 I saw a recent headline “Dexter Strikes South Africa”.
And I thought he was hiding out in Alaska!

I was a big fan of the TV series Dexter, the show about an amiable vigilante serial killer who works for the Miami Metro Police Homicide department. The series end, which was a bit of disappointment, left him hiding out as a lumberjack in Alaska. I’m hoping that Dexter will resurface, perhaps in a movie.

I was not happy, however, to see that Dexter’s computer virus namesake has resurfaced. It was first discovered in 2012 by Israeli computer firm Seculert. Dexter is a notorious cyber fraud malware program that compromises credit card payment systems running on Windows and has led to tens of millions of dollars in losses.

Security experts eventually got a handle on. Unfortunately, a new version has recently resurfaced in South Africa and is as malicious as ever. This new variant has led to million’s dollars of losses in recent months alone. It is linked to a series of attacks witnessed in UK, US among other countries where The POS malware stole the magnetic strip information off of payment cards to make clones. The attackers used these clones of cards to make fraudulent purchases. while the actual bill amount was sent the cardholder. Any retailer with a point of sale system is vulnerable. KFC, my favorite chicken restaurant, was reported to be a big victim.

Fortunately, the Dexter malware is not capable of stealing a cards ATM pin code or CVV payment authentication numbers. That means the thieves have to use the cards in person, at retail outlets.

Regarding this new version of Dexter, a spokesman for Seculert was quoted in SC Magazine as saying “My recommendation is to use security solutions which focus on full protection against advanced threats, rather than just prevention.”

If that sounds familiar, then you have been paying attention to what we say about Comodo Internet Security (CIS). It’s Default/Deny with autosandboxing architecture ensures that all files that could harm your computer are denied access to the system.