Banking Malware: Because That’s Where the Money Is 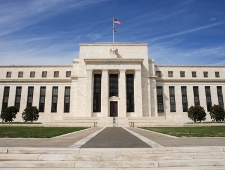 This has to be a difficult time for the IT security pros at the nation’s banks. They have been the targets of cyber attacks by the Iranians and “hactivists” intent on crippling the banking system, with reports of major denial of service attacks earlier year and the spread of banking malware.

That may be the least of their troubles, though.

Banks, of course, are a natural target for cyber criminals. As John Dillinger supposedly said “that’s where the money is.”   A notorious Trojan Horse virus named Zeus has been used since at least 2010 time to capture user logins to their bank accounts and fleece them.

Zeus accomplishes this in one of two ways. First is the classic “man in the middle” hack. This is where a process is inserted between the browser and the web server. The user is typically redirected to a page that looks like the site they wanted to go to but is in fact operated by the criminals. They capture the users account data, but they also complete the user’s transactions so they do not immediately know they have been compromised.

The other approach to steal your account information involves capturing data posted from a form. Again, they relay the data on so you don’t know they have stolen it. You’ll find out later when your bank account is drained.

Zeus has been around long enough where Antivirus and firewalls should be able to detect it. Still, you should be very careful about clicking on links in emails. That’s good advice in general.

Unfortunately, hackers always move on to something new. In this case, it seems to be the Carberp Trojan. It was originally designed for and used in Russian speaking countries for bank fraud. However, scripts are now available to use it in North America and US banks are now on guard.

Carberp is a very sophisticated Trojan that opens a backdoor on systems to perform fraudulent banking transactions, but what makes it unique is how it is being marketed. It is not unusual for black hatters to sell their malware on the web. In 2011 the Carberp makers were offering a build kit to produce the Trojan for a fee of $10,000.

However, this year they began offering an improved version and are charging as much as $40,000 per month. This is an unprecedented amount. We would hope that the high cost will limit the sales, but it is clearly a measure of how valuable the makers feel their little monster is.

You should be aware that Carberp will capture the login credentials for most FTP clients, browsers and email systems. It will disable updates to the following antivirus systems:

If your antivirus system in on the above list it would be a good time to consider alternatives.