Have you heard? The Internet is a series of tubes! 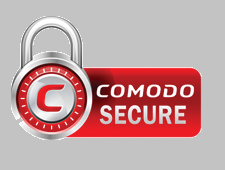 Today, across America and all around the world, whenever you walk out your door there are thousands of laws, statutes and regulations to protect you. Yet, when you visit the virtual world of the Internet, the protection legislative and law enforcement bodies around the globe provide is scant. Why?

When it comes to their understanding of the online age, even those at the highest levels of government are just way behind the curve. Consider.

“The Web, the Internet. Uh, that’s the same thing….Right?”

“During my service in the US Congress, I took the initiative in creating the Internet.”

“The Internet is not something you just dump something on. It’s not a big truck…..It’s a series of tubes.”

Yet, while government’s understanding of what the Internet is and how important it has become lags behind, every day of every year, two competing statistical behemoths do battle.

On the one hand, by 2010 (the latest year for which statistics have been compiled) there were 2.3 billion personal email accounts worldwide (Pingdom.com). 93% of children in America ages 12 to 17 went online (Netsmartz.com). And 50% of all adults in America had become savvy enough to use My Space, Facebook or LinkedIn (Pewinternet.org).

Meanwhile on the other hand, the fact is that more than 50,000 new viruses, worms, Trojans and other destructive malware files are launched onto the Internet. – Every single day! Causing hard drive damage, blue screen frustrations, corrupted or stolen documents, ID or credit card theft and bank account cyber-looting. Amounting to millions upon millions of dollars in losses each year.

And yet, in an era in which Internet usage is escalating exponentially at the same time its criminal parasites are multiplying profligately, fewer than 3000 hackers, phishers and malicious malware engineers have been successfully prosecuted in America. – Since 1998!!! (Cybercrime.gov).

Bottom line, fellow Internet travelers? We’re on our own!

Because even though more than 99.9% of the world’s cyber-criminals have gone unpunished, we can thank Scientists for stepping in where government has not.

With Antivirus Software that features the latest White List and Auto-Sandbox technology.

And anxiety-ridding software like Online Storage, Backup, Programs Manager and System Utilities, to help you cope with all those cyber-thugs. And your own occasional silly mistakes.

After all, it just so happens the Internet IS someplace certain people ARE dumping things.

And Comodo (not Al Gore) is doing something about it.