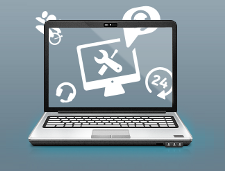 Comodo Internet Security (CIS) is a robust suite of computer security systems, including a firewall and multiple layers of defense against viruses, spyware, malware and other threats.

CIS 6, released in February 2013, was so well received and scored so well in independent test lab testing, such as matousec.com and AV Test Labs, that it is hard to imagine that the next release could do much to improve on it. The Virtual Desktop, running entirely in a sandbox, was unique and ground breaking.

However, the best keeps getting better!

Comodo Internet Security 7 was released on Friday and it has made some significant enhancements plus some exciting new features.

The sandbox, an isolated system area for running unverified applications safely, has been enhanced. Applications now run up to 700% faster inside the sandbox and virtual desktop. It also provides more granular exclusions handling for automatically sandboxed applications

CIS 7 is available entirely free, with subscription editions offering additional features such as 24/7 online support and the industry’s only virus free warranty. Users of subscriptions editions of CIS 6 can receive a free upgrade to the new version.

Comodo also provides the Firewall and Antivirus components as separate products. Both offerings have been upgraded to version 7 with this release.